Note: There might be other banks in Wyoming, this page contains only banks which their headquarters or main offices are based in Wyoming.

The home of Buffalo Bill Cody, Harrison Ford, and Jedidiah S. Smith were all in Wyoming. Also calling Wyoming home is the fastest mammal in the Western Hemisphere, the pronghorn.

Of course, we cannot exclude the thirty-five different dinosaur fossils that have been found here.

America’s first and largest national park, as well as the first national forest, can be found when one visits Wyoming.

Getting the ability to be treated fairly happened for women first in Wyoming as it was here that they could vote and hold office first out of all the states.

Because of this we saw this as the home to the first woman to be the judge as well as the first United States governor. 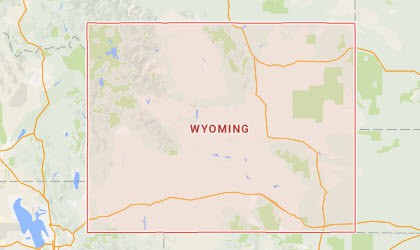