When it comes to saving money, there are many things you can do.

…Which is stealing your money without you even knowing it!

Over the years big companies have done some sneaky stuff in order to get rich.

I talk about the top five sneaky tricks I know of, I’m sure after reading this you will be shocked by some of these.

1. The Toothpaste Gold Mine

A huge company producing toothpaste is about to go down, their sales are not enough to keep the company running and they need to increase sales, fast.

The company assigns their marketing team with a task:

“Give us an idea how to increase our sales as soon as you can before we have to shut down the company”.

The marketing team sat down in their conference room and started to debate, give ideas and talk about what the company could do in order to generate more sales.

Most of the ideas were simple stuff like more advertising, new packaging, holidays sales and more.

Until one morning a man heard the company was in a financial crisis and he had an idea, he rushed to the company’s headquarters and met with the marketing team.

“I have an idea that can save your company. If you implement this idea you won’t pay a thing for it and you will immediately increase your sales by about 40%. I want $100,000 for the rights to the idea before I reveal it to you.”

After consulting with the administration of the company the man was rejected and sent home.

Time has passed and the company financial problems grew and they had no solution.

They called the man back to their offices and paid him for his idea believing that this will be the only thing that can save them.

After paying the man they asked for his idea…

“There is a hole in the end of your toothpaste packaging, you should enlarge its radius and when people use your toothpaste they will use more resulting them to buying more frequently”.

The company was amazed at the simplicity of the idea and rushed to implement it.

Their company increased their sales by over 50% and was saved thanks to this one man’s idea.

Some know this story as a legend. if you choose to believe that it actually happened or not is totally up to you.

I think what it teaches us is more important than if it’s real or not.

2. Everyone Loves Gambling, Including This Pizza Company!

You’ve probably heard of Domino’s Pizza and you probably ate there once or twice.

What you probably don’t know yet is the story of their success and how they used the fact that the human mind is prone to gambling.

And how they generated sales and built one of the biggest pizza companies in the world based on this trick.

In 1960, Domino’s Pizza had an only small one store selling pizzas, they didn’t have much success and they had to think about an idea how to sell more pizzas.

They came up with the idea of pizza delivery, in those times food deliveries weren’t very popular.

They advertised that pizza is cheap and you can order it free of charge to your house and it will make your life easier instead of cooking. 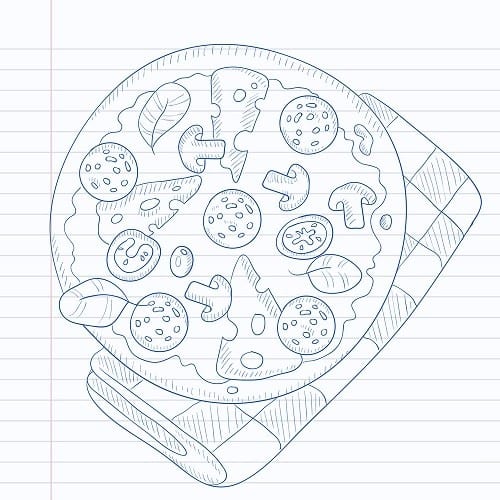 But it wasn’t a huge success right from the start…

So they got to thinking again and came up with another idea.

“We will deliver the pizza to your house in 30 minutes, and if we’re late, you will get it for free!”

When delivering pizzas, the devilries were instructed to be late on purpose by a couple minutes a few times a day and award the pizza for free.

The rumor of free pizzas quickly spread among families and friends about this.

Over time this idea faded, but it’s still available in many places around the world.

3. Elevators and Mirrors, so What’s the Deal Here?

When the elevators were first created there was a big problem.

They were so SLOW!

Going up a building of 20 floors in the elevator could take you about 10 minutes.

Because of that, people got bored in the elevator and started to do damage to it.

Vandalism became popular in elevators and the companies needing to fix all of the mess had to come up with a solution.

They had to think about a solution which doesn’t cost much, something they can easily implement in their elevators and doesn’t need much maintenance.

After all reducing maintenance was the main goal here. 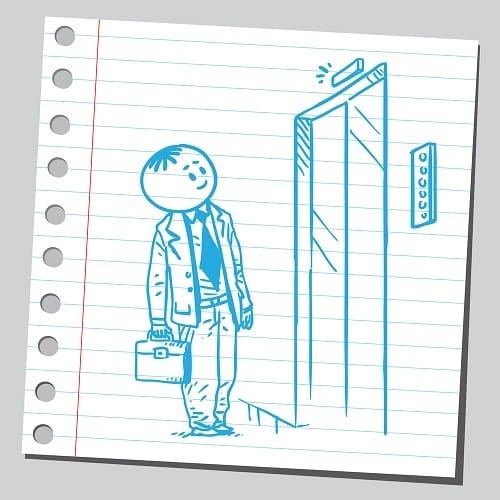 The best ideas were all involved around making a distraction that will keep people busy for several minutes while they are in the elevator.

And that’s how the “mirror in the elevator” idea came to be.

And it was a HUGE success!

Since the implementation of the idea, the vandalism almost stopped completely.

4. Your Printer Has Self-injury Disorder

It’s not an unknown fact that printers used to be very expensive.

If you want to get a decent one they usually still are.

But of course, the companies never have enough and are always on the lookout for easy money from their customers.

So, what’s this about?

The inkjet printers are destroying themselves so you will buy a new printer!

Read it again and let it sink in for a second… 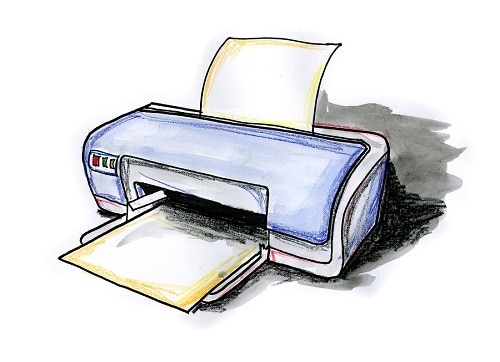 A few years back a huge company making printers thought of an idea how to make you buy your next printer way faster than you planned to.

They added a small cushion in the bottom of the printer from the inside so whenever you print something a few drops are falling on it and the cushion absorbs the ink….

When the cushion becomes fuller and the ink is overrunning your printer it will stop working and you will have to go and repair it for a fee (nothing is free of course).

This is usually happening around 2 years from the moment you bought the printer so it won’t happen on the time you have your guarantee from the manufacturer and he will make money fixing your printer.

5. And the Oldest of All: The Light Bulb

You might have heard about the oldest working light bulb.

So how come when you buy a light bulb it burn’s out in a couple of months?

…This again is a trick by the big corporations who wish to sell you more light bulbs and earn more money.

It means the product was designed to fail after some time or usage in order to get customers to buy again.

Millions of dollars were invested into making the light bulb less efficient in order to make you go and buy a new light bulb every time it burn’s out.

The big companies had their tricks for a long time, make sure you’re not their prey!

Got something to say? I would love to hear about it in the comment section below.

Share These Sneaky Tricks the Companies Used on Us!