We all want to save money for something.

For a new car, a house, a vacation in a foreign country, for retirement, or to have just in case something unpredicted happens.

But saving money might not be as easy as it seems for some people.

While many theories say people are either spenders or savers, saving money can be a challenge for anyone.

Saving money is also linked to how much money you spend.

Saving money is usually a long-term goal, but spending it can happen every day.

All you need is a reason to spend that money instead of adding it to your piggy bank.

So, which is the science behind saving money?

Are there any scientifically proven money-saving methods? 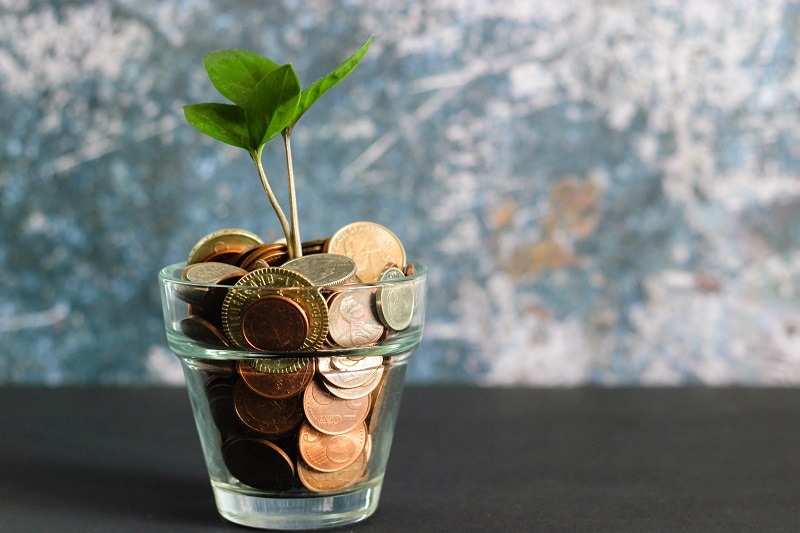 The Science Behind Saving Money

The psychology of saving money is something that arouses the interest of many scientists and researchers around the world.

They have tried to find factors that contribute to being either a saver, either a spender.

So, back in 1960 and 1970, the famous marshmallow test was invented by a professor at Stanford.

The thing is, saving money is closely related to the ability to delay gratification.

You want something right now, but you delay the pleasure buying it would come with, to save money for much greater pleasure.

Shortly said, you refrain yourself from spending money on things you do not really need to save up some money for your long-term goal.

Children were put in front of a marshmallow and instructed to not eat it until the researcher is back.

If they manage to do this, they will get two marshmallows.

Of course, some children could resist the urge to eat the marshmallow, while others did not.

The follow-up of the study showed that children who resisted the urge to eat the marshmallow had the habit of delaying gratification.

This means that those were able to control their instincts and spending, which results in successful careers and finances.

If you are a student and you need help with your science assignment on money topics, this study is one worth mentioning.

Some metrics could be measured during childhood and predict habits in adulthood.

But which are some scientifically proven money-saving methods?

Learn from Your Saver Friends

There are so many studies from social psychology that show the influence friends have on our habits and lifestyles.

This is logical! Friends are among the closest persons to you, so you surely share your experiences and ideas, but also spend a lot of time together.

Some studies say that friends make you fat, so why not could they turn you into a money saver too?

One way to form the habit of saving money that is backed by science is to connect with and learn from your friends who seem to be the masters of saving money.

When you go out with them and engage in all kinds of activities, pay attention to their spending habits.

They have probably formed some habits to which they stick; for example, cooking their dinner instead of eating out or ordering food.

Become Aware of Your Time Orientation

A study published in the scientific journal “Psychological Science” showed that how people relate to time gives an insight into the habits of savers and spenders.

On one side, there are the savers.

Those people see life and time as a cycle of experiences.

They see the future as it is their present, so they commit to saving money.

On the other side, there are the spenders.

Those people see life as a linear series of experiences.

Their time is divided into past, present, and future.

And they mostly have an optimistic view of the future which gives them the impression that there is enough time until they would need that money.

Which, in turn, makes them delay the moment they start saving money.

So, one way to start saving money is to become aware of your time orientation.

If you have a rather optimistic view of the future and think you will be better prepared to save money sometime in the future, then you should get prepared to change this.

Starting saving money as fast as you can help you form a habit.

It can be a weekly or a monthly one, but it will be a habit.

This means that saving money will become a recurrent activity.

Everyone has plans for the future.

Everyone has goals to achieve and work for.

Students might want to start up their own businesses to earn extra money.

Others might want to save money for their new car, and so on.

But how do you actually measure your progress towards your goals?

The easiest way is to set goals.

Set SMART goals to understand your final goal and then make small steps towards achieving it.

Make sure your goals are specific, measurable, achievable, realistic, and time-bounded.

This will allow you to have a clear idea of what you want to achieve.

And most important, focus on just a few big goals.

Why? And why setting goals is so important for saving money?

This is about your self-control and willpower.

The more goals and resolutions you have, the lower the chance to make them all turn real.

If you want to save money for a new laptop, a vacation, and a car, saving money for all these at the same time will be challenging.

And accomplishing your saving goals will take up quite some time.

There are many ways you can start saving money, but understanding the psychology behind it could also help you.

Set goals, become aware of your time orientation, and learn from your friends.

These might seem simple advice, but they are in fact backed up by science.